Joystick and driving devices for tetraplegia 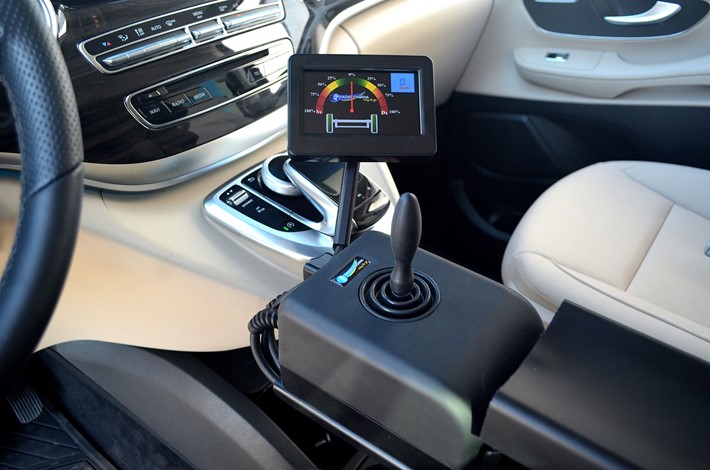 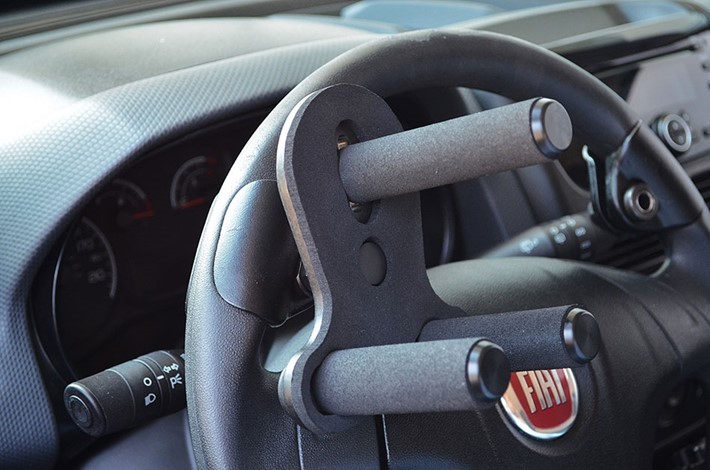 From the end of the 90s Fadiel Italiana began its journey of creating the driving Joystick and its derivatives.

In particular, in 1999, after a design and construction study, the first hydraulic aid system for braking a vehicle for people with reduced motor skills, called Freedom (which is still produced and marketed) was created. Freedom is a device that allows you to easily manage the brake and accelerator when driving a vehicle. It is in fact equipped with a power unit combined with a lever control that allows you to freely manage both the accelerator and the car brake. The use of the device does not affect in any way the choice of the car. It is available with four types of handles according to the user's needs. The hydraulic power unit allows the management of acceleration and braking with minimal residual force. This system was installed inside a Fiat Panda, with great emotion therefore begins a path of continuous innovation regarding the guidance systems for quadriplegia, which will lead to the inclusion of increasingly advanced and technological products. 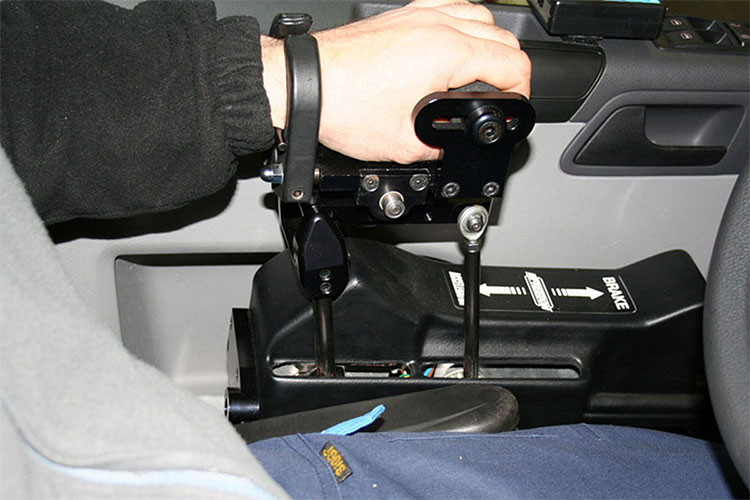 In the early 2000s, after perfecting the Freedom system, studies were made on a device that could manage the complete driving of a vehicle, referring to people with reduced motor skills (paraplegia, quadriplegia, etc.).

For this reason, in 2002 the first driving Joystick in Italy was built at the Marcon headquarters, thanks to a Joint-venture between Fadiel and the University of Parma, which has shown interest in activating a collaboration for such an important innovation! Fadiel took care of the mechanical and electronic development and the Engineers developed software for autonomous driving. With the brand new Joystick system, installed on a vehicle with cameras inside and outside the passenger compartment, an itinerant tour was carried out in the main university faculties of Northern Italy.

Thanks to this innovation, Fadiel Italiana is recognized as a pioneer in the Joystick system, which is why in 2004 the device was certified!

This is obviously an important moment for us, both in terms of guarantee of quality and reliability, and in terms of prestige, being the first in Italy to produce and develop this type of device.

In 2011, the first DGS-01 Joystick device was created as part of the "One-handed driving" project. The DGS-01 electronic joystick has been specifically designed to allow people with severe motor disabilities to be able to operate the steering wheel by means of a mini-steering type remote control with handwheel lever - to be positioned inside the vehicle in a personalized position, to facilitate its use by the user. 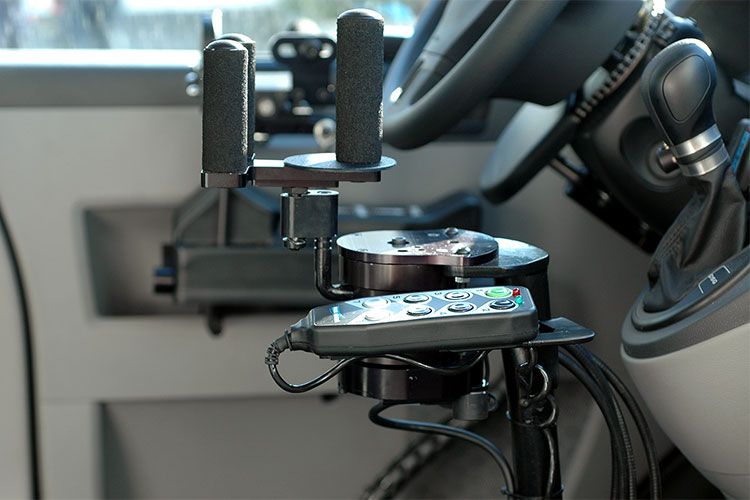 In the following years, an up date study was carried out in the context of the evolution of Legislative Decree-01, aware of all the various problems and pathologies, therefore taking into account the individual needs and customizations requested by customers. We designed the new system in that time, with a device that manages to cover much more complex and varied driving cases (for focomelics, quadriplegics, dystrophies and other pathologies).

The previous driving system was therefore evolved in 2016 and the installation of two important devices for quadriplegia takes place in the company:

Precisely in May 2016, the Pedal system is installed inside a Jeep Cherokee; The Fadiel Italiana electronic pedal-joystick has been specially designed to allow people with severe disabilities in the upper limbs (for example focomelics) to be able to operate the steering wheel using a pedal interface, therefore using their feet. 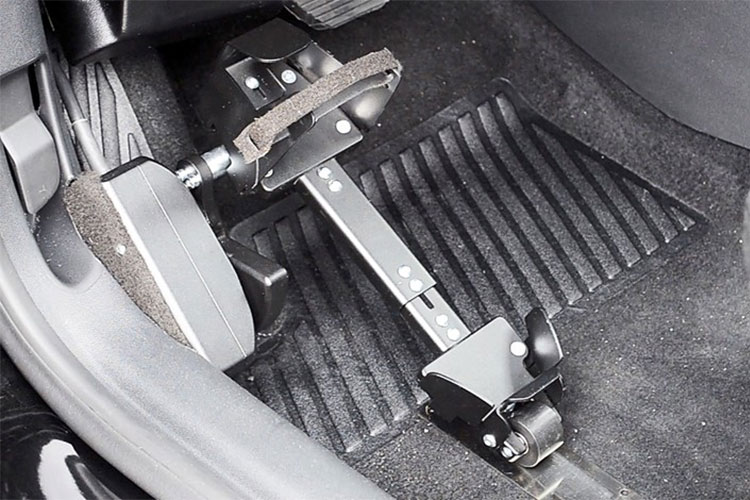 A little further on, precisely in August 2016, the Flyer system is installed inside a Daihatsu Materia. This device helps the person with upper limb problems in steering movement. The rotation of the device has a free stroke as the steering movement is electronically managed, without therefore creating effort for the user, but a resistance in the rotation can be set, this to avoid sudden unwanted steering. It can be installed both on the right and on the left, depending on the needs of the person. 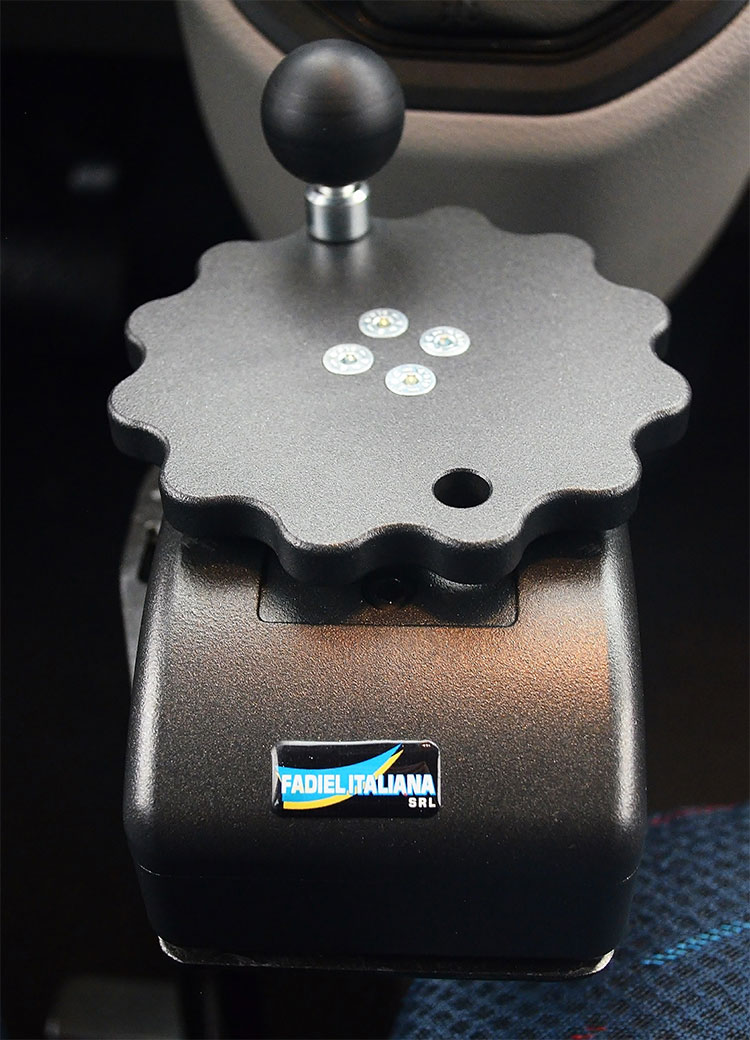 Following continuous product evolutions and sophistications, thus continuing both in the technological part of the design and in the creation and insertion of new driving products (as well as transport) for disabled people, the project was consolidated in 2018 of the Joystick project;

In November 2018 the 4-way JOYSTICK was developed, the first Italian company to produce this guide device!

The new guide system with 4-way joystick is a great novelty and revolution by Fadiel Italiana. It is a concentrate of technology all made in Fadiel, a driving system to allow completely servo-assisted driving using a comfortable lever to drive the car in complete safety and with a very high sensitivity.

The Fadiel electronic joystick has been specially designed to allow people with serious disabilities to be able to drive the car using this convenient remote control unit, consisting of a mini-lever (see photo 7), which moves in 4 directions, to be positioned inside the vehicle in the most suitable configuration by the user. With a single lever, the vehicle performs all the driving functions (acceleration, braking, steering), with extreme precision and in safety. The effectiveness and reactivity of operation is made even more suitable for driving for quadriplegic people, thanks to the similarity with electric wheelchairs equipped with Joysticks. 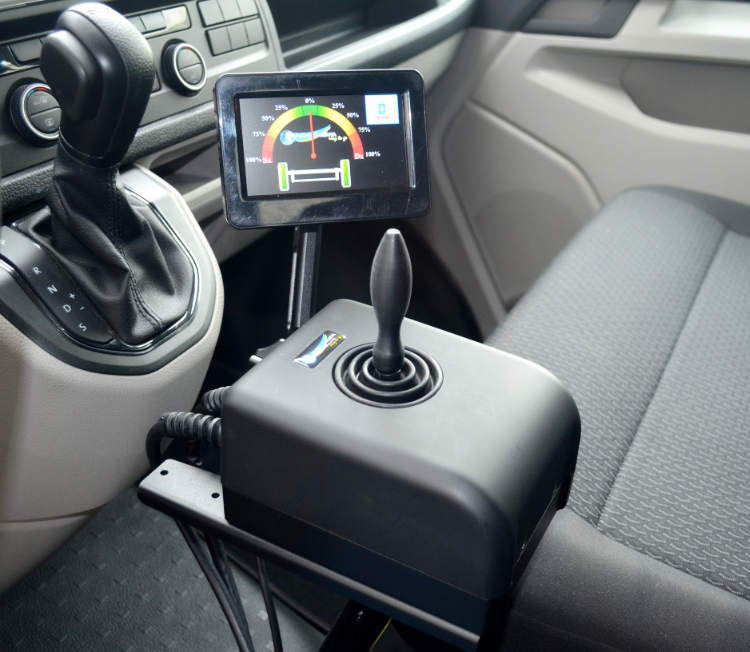 It is a device:

In the same period, the entire Joystick line was also perfected, with the up date of the existing versions of HANDWHEEL and PEDAL, the transformation of the Hydraulic Freedom into an ELECTRIC FREEDOM, and the creation of other systems with the 2-WAY Joystick and the Joystick to CLOCHE.

The range is completed by a wide range of ergonomic handles that vary according to the customer's needs.